Year end wrap up, a little late. For good reason.

Well Twenty Twelve started up just the way twenty eleven ended off. Busy. That’s not a bad thing, Just a thing. A thing that delays blog post’s. 2011 was a much different year than 2010 for sure but somehow still felt a little “unbalanced.” 2011 was filled with personal work. It’s probably the best and most fulfilling part of this job. I learned this trade to make a living and always hope that I’m able to be passionate about what I’m shooting. Passion is not something you can force. You can’t learn it. It doesn’t come with experience, It’s either there or it’s not. Generally it’s with the personal work that you come across the passion. Then every now and then you come across a project that you are passionate about and you still manage to make a few bucks doing it. Balance. I ended off 2011 with 12 days of shooting in December on documentary that was the personal work of my friend and Director Barrett Rudich. Barrett like myself works in this industry making images and telling stories to help people and companies get a message across. He also has a need for an outlet to his personal creative side. 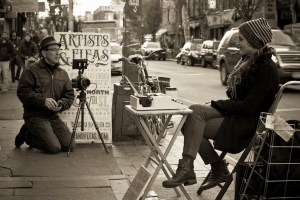 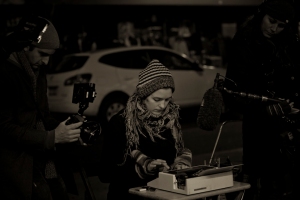 Poets and Po Boy’s.
Barrett, stumbled across Abi Mott in Portland Oregon earlier last year. Abi’s a Poet who makes her living selling her craft on the spot to those who’s attention she can grab. Like the rest of us I think she’s dances on the line between doing what she loves and doing what makes her money. She sets up her table, chair and typewriter on the sidewalks of busy cities like New York and New Orleans in an attempt to meet her self induced economic quota.

This project for me, was fulfilling in so many ways. We traveled from Baltimore, through Pennsylvania, out to Brooklyn, Manhattan and down to New Orleans before heading back home. We ate well, drank well, traveled well, had great conversations about the project at hand and about all of life’s projects. To top it all off we got to shoot great images of a great story everyday for 2 weeks. This documentary was visually fun to shoot. There was imagery of poets on sidewalks with typewriters in 2 of the countries most interesting [looking] cities. But that was all gravy. The story was interesting and it was unfolding before us. I’ve never been so deeply involved in a documentary. I’ve shot tons of interviews for documentaries in the past and hours and hours of b roll, but never before did I live with the story like this. 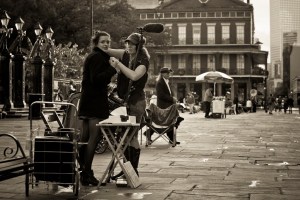 Abi rolls from town to town with all of her belongings in a small cart with a sign that reads “Name a price, pick a topic, get a poem” It was a breath of fresh air everyday to watch an artist being an artist. Not really influenced by any client, by a budget or by what society wanted them to make. It was great to watch Abi doing this but also refreshing to watch this in Barrett doing this. He took on this project, financed by no one but his own amex card, and decided there was a story here that he wanted to tell. He was doing the work that he wanted to do. It’s very easy to get caught up in life’s jobs and forget to take on a project that means something to you. So many times I see people, directors, technicians get caught up in the jobs that they are hired to do and lose sight of the reason why they started doing what it is they do in this business. 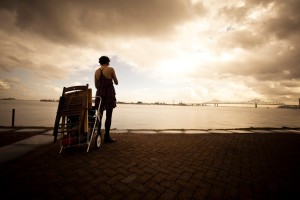 2011 was a little unbalanced, but in a good way. It was filled with fun personal work and all the bills still got paid.
2012 is up and running in full force. Lots of work on the horizon, lots of new camera’s to look at and hopefully a personal project or two. 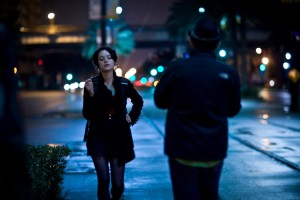 One thought on “Year end wrap up, a little late. For good reason.”